Caffeine: How much is too much? 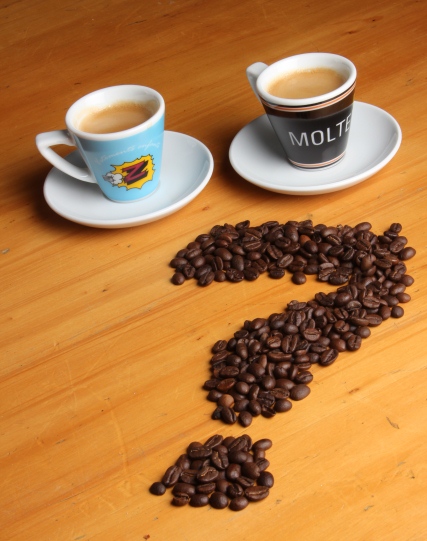 A stimulant capable of improving perfomance, though not banned by the powers that be, caffeine is addictive and readily available. But how much is too much?

I would be the first to admit that my morning caffeine hit plays a pretty big part of my day and the thought of cutting back too traumatic to even consider. Caffeine consumed as part of the regular foods that we eat, or via the non-negotiable coffee each morning has become a regular part of many people’s lives and it is not uncommon to see clusters of cyclists getting their early morning hit anywhere a good, strong brew can be found. Whilst we often think of coffee when we think all things caffeine, if you also consider that tea, cola drinks, chocolate and energy gels and drinks all contain caffeine; it may be worth calculating exactly how much caffeine you are getting on a daily basis, and even if it could be doing more harm than good.

Caffeine, thanks to its stimulatory effects on the nervous system can have a number of benefits, especially when it comes to physical performance including increased mental alertness and perceived energy levels. The key to maximising the benefits of caffeine is knowing how much to have, how often and of course, the best timing to ensure the benefits are received without any negative impact on performance.

Individuals have vastly differing tolerances for caffeine; some people can drink 10 or more coffees each day without any negative consequences, while others are extremely sensitive and are heavily affected by just one or two caffeine-containing substances. A general rule is to aim for your total intake of caffeine to be below 300mg each day, which equates to one to two coffees and three to four cups of tea. Also keep in mind that a large-sized coffee purchased from a commercial outlet will often contain two to three shots of espresso coffee which can equate to as much as 200-300mg of caffeine in a single serving.

A sign that you may be consuming too much caffeine is if you find that you rely on it to get through the day, and experience withdrawal symptoms when you reduce the amount you are having. Caffeine is a stimulant, which means that it does stimulate the central nervous system, increasing heart rate and blood flow. The immediate effects are increased energy and attention, but the downside is that this stimulatory effect is a short-term benefit only, with energy slumps and fatigue commonly experienced approximately an hour after the caffeine has been ingested. For those who are sensitive, high levels of caffeine (particularly at night) may also impair your ability to get to sleep, or result in a restless sleep which is a less than desirable outcome.

When it comes to performance, research suggests that the benefits of consuming caffeine 30-60 minutes prior to engaging in exercise include increased output, reduced levels of perceived exertion and reduced fatigue, which make caffeine a viable supplementary food choice. Most commonly found in sports bars, sports drinks and gels in doses ranging from 30-100mg, it is not uncommon for individuals who train and compete to take a caffeine booster just before training to help them go harder, for longer. Indeed it does appear timing is the key thing when it comes to potential improvements in cycling performance, at least for sprint events. A study published in 2013 in the Journal of Strength and Conditioning Research found that sprint cyclists given chewing gum containing 300mg of caffeine just five minutes prior to a time trial had significant improvements in performance. This effect was not seen when the gum was consumed an hour or more before the trial.

The most important thing to keep in mind when using caffeine as a stimulant for performance is that the positive effects will be most strongly experienced for an hour after ingesting the caffeine. This means that if your session or competition lasts for longer than this, you may leave yourself vulnerable to the “energy slump” that can be experienced post-caffeine ingestion. This is particularly important for those competing in high-intensity competitions such as triathlon or endurance running where an energy slump can mean the difference between finishing an event or not.

The second benefit frequently mentioned in relation to caffeine intake is related to an increase in fat burning. As caffeine stimulates the nervous system, it also induces lipolysis, which means that fatty acids are mobilised for burning. Technically, this also means that if you are increasing the number of calories you are burning from training in this state, a greater proportion of these calories should be calories from fat. While in theory this is true, in real terms the actual amount of extra fat burned is likely to be relatively small, but every little bit does count and add up, so really there is no harm in grabbing a cup of coffee prior to training to get this potential benefit. Remember though that cola drinks – especially diet varieties – and coffee or tea consumed with milk and sugar, are not going to be the best choice. Cola drinks will contain too many empty calories, diet drinks will not optimally hydrate you, and milk or sugar-based coffees will increase your fuel intake and negate the benefits of consuming the caffeine in the first place.

Another important thing to remember is that extremely high amounts of caffeine should be avoided by those with underlying heart conditions. It can increase resting heart rate significantly which, when coupled with high intensity activity, can even be dangerous.

A final thing to consider when evaluating the ingestion of caffeine in day-to-day life is for those individuals who choose to drink diet soft drinks throughout the day instead of water. Fluctuations in blood glucose levels caused by the ingestion of caffeine and/or extremely sweet tasting foods are both linked to sugar cravings and overeating so swapping such drinks for water will be a step in the right direction.

Mix all salad ingredients and dress with olive oil and red wine vinegar.

How-to: The ultimate guide to multi-stage racing - PART I

Endurance racing convert Bruce Newton gives us the lowdown when preparing for your first ever multi-stage event.