By Nat Bromhead | 29 June 2020
Comments Comments
Zwift have announced a virtual Tour De France and the introduction of two new 'worlds' to the training platform - Paris and France.
Racing for the virtual Tour will start this Saturday, July 4th, with the first women’s stage to be followed by the mens. 23 men’s teams and 17 women’s professional teams will take part in the broadcast series. Confirmed names include Chris Froome, Geraint Thomas, Egan Bernal and Greg Van Avermaet for the men’s race. Marianne Vos, Chloé Dygert Owen, Kirsten Wild and Anna Van der Breggen are amongst the names confirmed for the women’s race.
Stages for both races will be held on identical courses and over the same distance and both events will receive equal broadcast coverage.
Stages 1 and 2 will be held on the fantasy volcanic island of Watopia. For the Tour de France, Watopia will receive several visual additions inspired by Nice, the planned host town for this year’s ‘Grand Départ’.

Stages 3, 4 and 5 will be held on the entirely new French map designed specifically for the Virtual Tour de France. Stage 5 is marked as the Queen Stage, and one for the climbers, with a summit finish at Chalet Reynard on the formidable Mont Ventoux. Stage 6 will see the racers take to the iconic Champs-Élysées, finishing in front of the Arc de Triomphe in Paris.

“Thanks to the virtual Tour de France, which will be widely broadcast on TV, the champions and their fans will fill in the void left by the Tour de France," he said. "The Tour Virtuel puts technology to work for passion and the cause of cycling for everyone."

The Virtual Tour de France will feature the Yellow, Green, Polka-dot and White jerseys held by the leaders of the race. Standings for all jerseys will be calculated using a points-based system.

“There’s nothing bigger than the Tour de France in cycling, so to say I’m excited would be an understatement”, says Eric Min, Zwift CEO and Co-Founder.

“Since I was a boy, I would always be glued in front of the TV for three weeks in July, so I feel incredibly privileged for Zwift to be able to play host to the first virtual edition this year. Of course, we all very much look forward to the race returning this August, but the good news is there will still be racing in July."

More On The Map

Zwift say the France and Paris maps have been designed specifically for the Virtual Tour de France.

"The French map takes inspiration from the country and should evoke strong connections with the country as Zwifters pass through vineyards, over Roman aqueducts and through Sunflower fields," said a spokesperson. "The new map also plays host to a virtual replica of Mont Ventoux. Zwift’s Mont Ven-Top, meaning snowy peak in gallic, is a punishing climb that is sure to test the legs of any rider."

The 6 stages of the Virtual Tour de France: 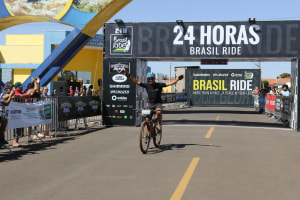