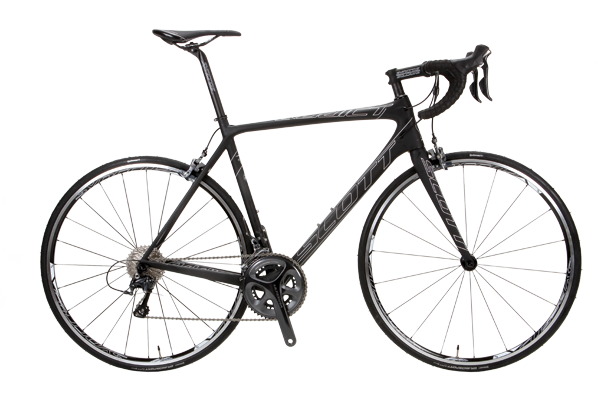 The term ‘Great Scott’ harks back to a more genteel time, a time when an expression of surprise or amazement didn’t contain a profanity or blasphemy. It’s a term that I hadn’t used in recent memory, nor had I heard it uttered in public that I can recall, until I took to the streets on Scott’s new stealth fighter.

The Addict 10 is Scott’s 2014, Ultegra spec’d, lightweight race bike. After a few months’ test riding endurance bikes I will admit I was looking forward to throwing my leg over a dedicated race bike and getting down to action. The first thing of note when getting your hands on the Scott is the weight, or distinct lack of it. An Ultegra spec bike coming in at 7.2kg is very impressive, and especially so when it also manages to come in at just a smidge over the $4000.00 mark. However for Scott, shedding weight is something that they have been doing for quite some time as they have been at the cutting edge of lightweight carbon frame technology for some years now and continue to find innovative ways to keep frame weights to a minimum, while still maintaining stiffness and stability. Scott uses their IMP technology to shed excess material which when teamed with their ‘Naked External Tubeset’ enables them to do away with the cosmetic carbon layer to shave off even more weight. While Scott has a dedicated aero road frame in the Foil, the lightweight Addict frame also incorporates some of Scott’s F01 partial airfoil tubes. On a race bike every bit counts. The Addict 10’s 890g frame weight was the stuff of high end exotic bikes only a few years ago, which, when complimented with a 360g carbon fork makes for a lithe starting point from which to build a racing machine. 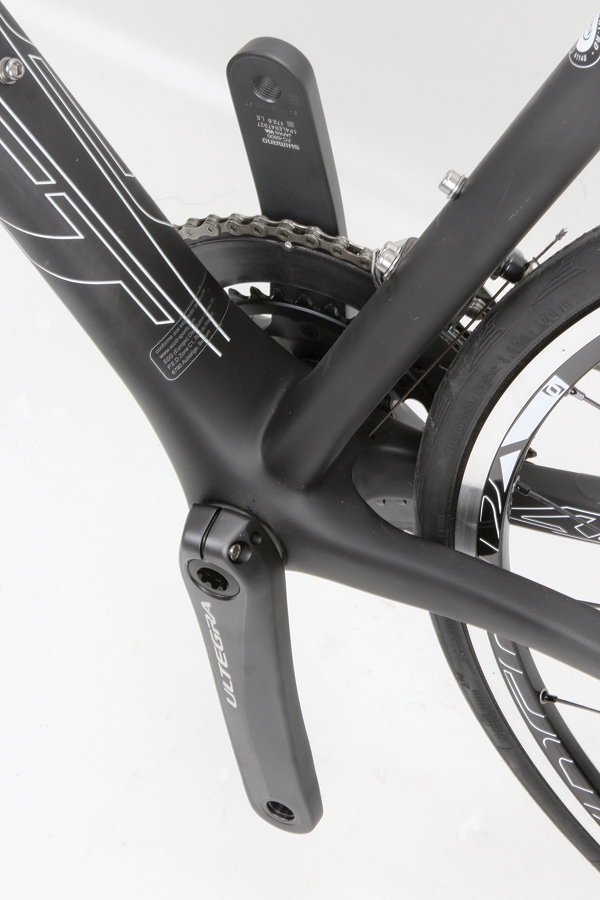 A matte black and white bike is not a revelation these days, however the Scott Addict 10 seems to pull it off with a flair that makes it stand out. The logos are subtle and crisp and look like the handiwork of a pin striping expert, and the addition of a UCI sticker means she can toe the line at any level of race. The obligatory three letter acronym logos are at least on the rear of the seat stays to be visible but discreet and probably best viewed by your competition as you ride away from them. 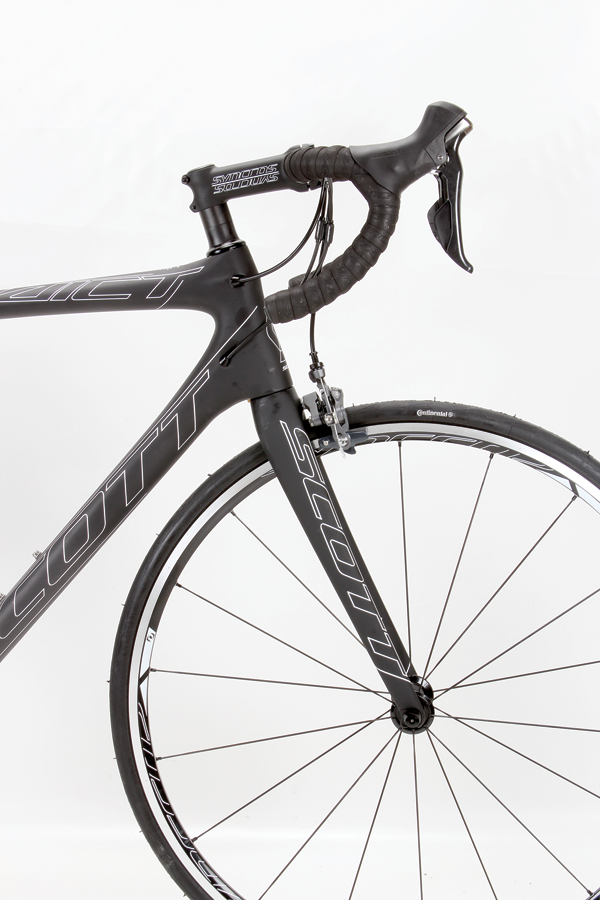 The finishing kit on the Addict certainly aesthetically looks the part and the 6800 series Ultegra groupset is proving to be a real winner. The ergonomics of the hoods are a real standout, and the light, smooth front derailleur shifting would have been enough to warrant a new groupset release, let alone the addition of the extra gear. I was a little surprised to find the Addict spec’d with a compact version of the Ultegra crankset. While it functions perfectly well, I couldn’t help thinking that on a frame aimed at racers, a standard crankset would have been a wiser choice. As it turns out we were sent a ‘rush model’ and the Addict 10 you will find in your local bike shop should be sporting a standard 53-39 chainring combination and a slightly more modest cassette than the 11-32 on the test rig. The new Ultegra 6800 brakes are also a big improvement on what was already a great set of stoppers. Riding on brand new aluminium rims is a best-case scenario for brake testing but even so the newly designed dual symmetrical pivot design provides superb stopping power with dependable consistency.

The Syncros parts, I must admit, have slipped under the radar for me up until now. I have been aware of the name from years gone by but was unaware that they had reappeared on the scene. Scott took over Syncros in 2012 and has rejuvenated the brand and introduced a road line. The stem is a squarish section and to my eye looks good and is perfectly functional. The bars are an ergonomic alloy bar that was comfortable and functional and suited the race aesthetic well. The wheels are also Syncros branded and for the duration of the test stayed true and rolled well, no doubt attributed in no small part to the fact that the hubs wear a DT Swiss branding.  The hubs are some of the louder freehubs going around; not something I mind, but as I ride under the bedroom window early in the morning on my way out riding, the good wife is not a huge fan of noisy hubs. The wheels also sport some funky ratchet skewers which wind up rather than lever. Once tightened, the skewers can be rotated to sit in any orientation without loosening, the tighter junction resulting in a marginally stiffer setup, and an  interesting point of difference from regular cam style quick releases. 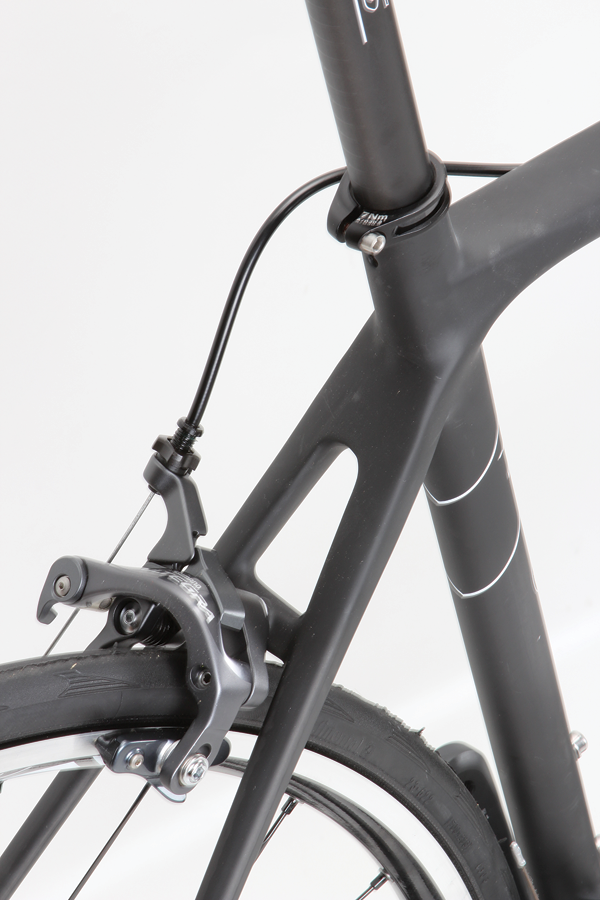 Scott makes no bones about the fact that the Addict is a race geometry bike. Having Australia’s own Orica GreenEdge as a sponsored team ensures that the engineers at Scott are held to the highest standard in order to provide Tour-worthy frames.  As expected on a race oriented bike, the ride is more direct than on endurance style bikes and this manifests itself in a little more feedback through the saddle than I have been used to on the endurance geometry bikes I have been riding of late. The ride is far from being bone jarring but could best be described as being engaging without being uncomfortable. The Addict’s light weight beckons for the hills and while every gram saved when climbing is a godsend for flatlanders like me, the Addict still retains enough bottom end stiffness to give good power transfer. The oversized bottom bracket area has been engineered to be as wide as possible to allow the maximum intersection between the down tube and the bottom bracket. This is achieved without the need for a large build-up of material around this crucial junction, keeping the weight down and the frame looking lean. My favourite part of riding hills – descending – was over all too quickly. The Addict’s steering is fast and responsive and its oversized head tube keeps the front end predictable through high-speed sweeping bends, which along with the fantastic new Ultegra brakes allows a slightly greater display of bravado than usual. This can also come in handy at the pointy end of a race. 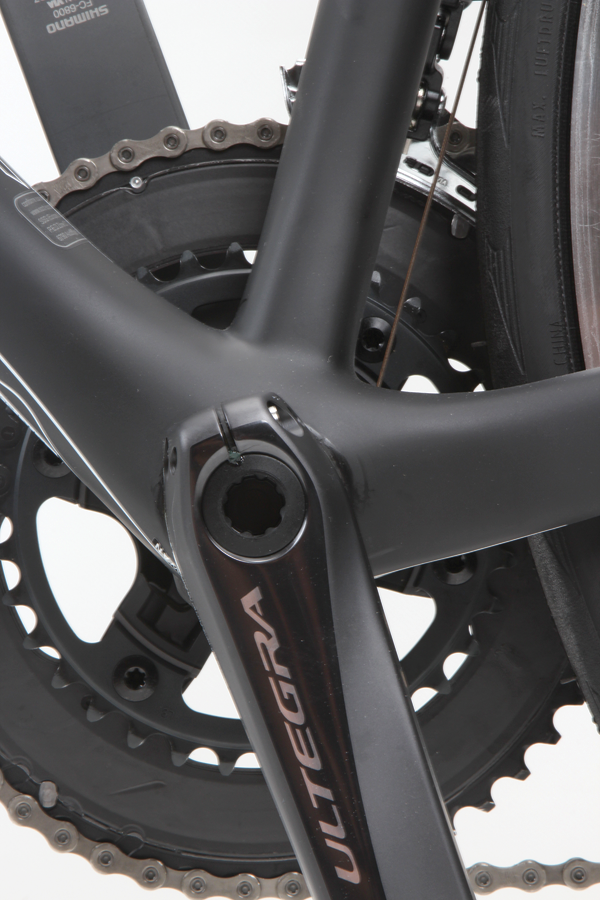 Some famous cyclist whose name escapes me said something about it not being about the bike. While that may indeed be true, there is no doubt that it is much harder to go fast on a slow bike. Being a bike reviewer means that I tend not to get the performance boost that the average punter gets when they bring home their shiny new beast. This is partly because the bikes we test aren’t ours, and also because we get to ride lots of new bikes (I know I’m not going to get any sympathy on that last point), but my first two weeks on the Scott enabled me to knock off a handful of Strava PRs and even a KOM. I performed well enough at my local criterium over the first two weeks of testing to be ‘asked’ to reconsider my grading and also managed to set a PB for my work commute. Not bad for a bike I was still getting acquainted with. 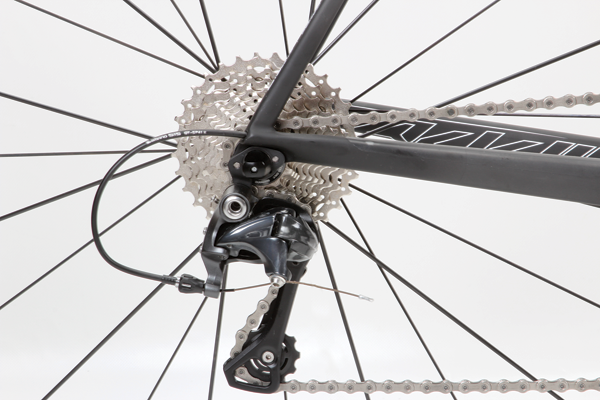 Summing Up: The Scott Addict 10 is a well kitted out and great looking race bike. It is ready to be piloted to victory straight off the shop floor. It won’t suit everyone but if racing or at least going fast is your aim, the Addict should be on your shortlist.

Performance: The Addict is nimble yet stable. Its lean frame allows for quick acceleration and its responsive steering means you can take advantage of any gap you are brave enough to pursue. 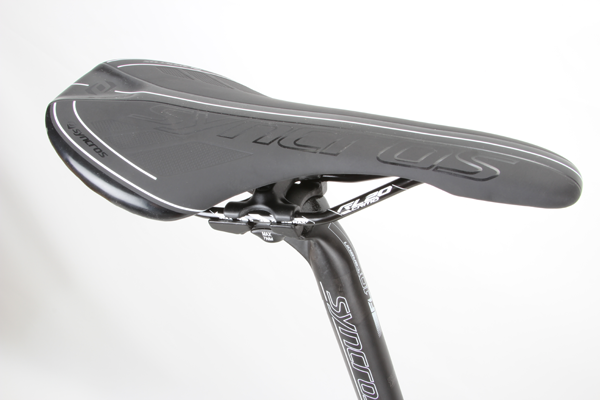 Overall: If you have the need or desire for a dedicated race bike at a reasonable price then the Addict could well fit the bill. If you simply like a bike with a racy attitude and a more engaging ride then the Addict could also be for you. If you are a weight weenie on a budget then the Addict 10 and some lightweight wheels could also make a compelling proposition. If the racer in you is excited by the look of the Scott, you’d best race to your local dealer to try one out. 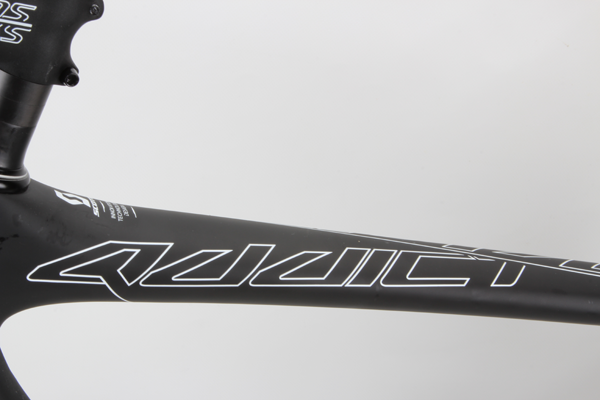 Hop in the Delorean and crank up the flux capacitor. Ben Sykes is heading back in MTB time with this steel hardtail from Norco.

Renowned company Dirt Art have been tasked with delivering the Mogo Trail Hub.

The Sight VLT 29 has come back for more and it arrives with a few improvements.